Your Political Cartoon Of The Moment 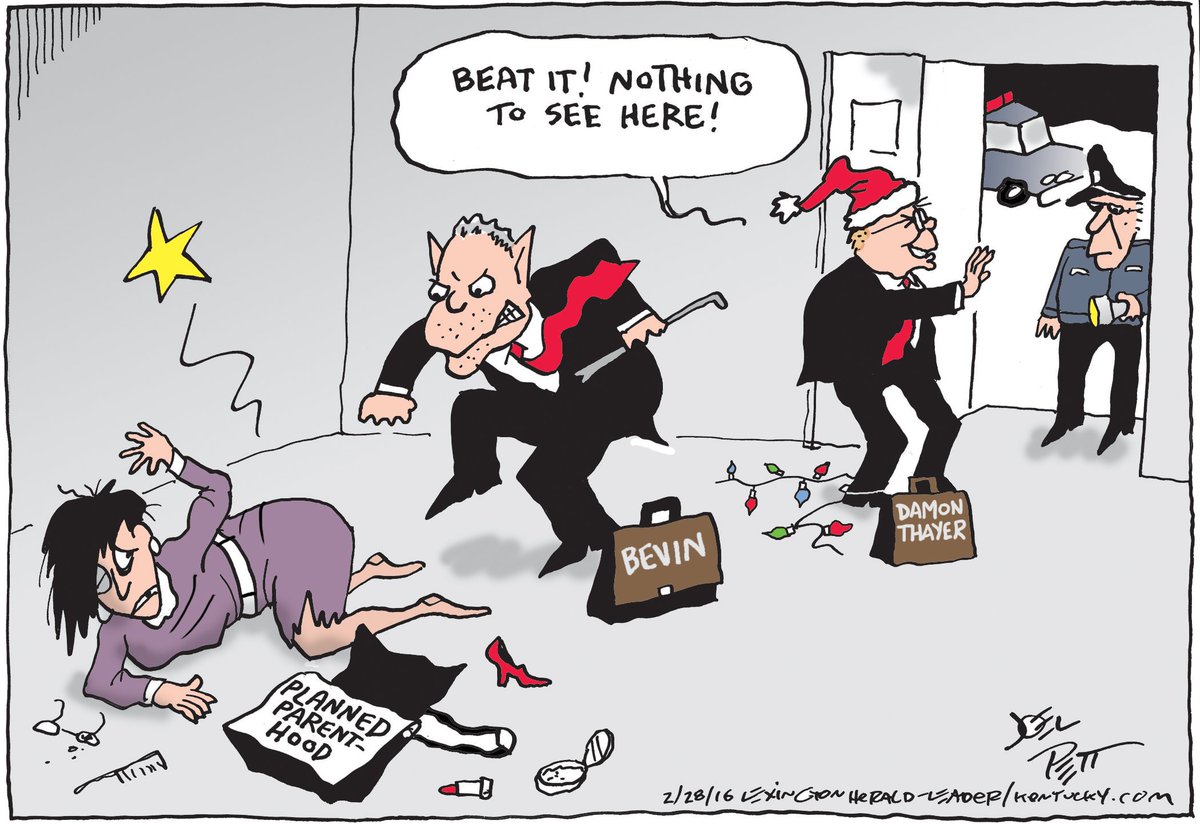 The LHL pulled the cartoon before it went to print.  Can't piss off the Gov, even if he has let women in Kentucky have it.  Pett posted it anyway.  And yes, Pett has run afoul of Governor Bevin before.

I wonder if Bevin will lay down any more unconstitutional and open threats against Pett like he did back in November, despite the First Amendment clearly being on Pett's side here.