Last Call: At The Movies

Legendary film critic and movie historian Roger Ebert lost his battle with cancer today, passing at the age of 70.


Ebert, 70, who reviewed movies for the Chicago Sun-Times for 46 years and on TV for 31 years, and who was without question the nation’s most prominent and influential film critic, died Thursday in Chicago. He had been in poor health over the past decade, battling cancers of the thyroid and salivary gland.

He lost part of his lower jaw in 2006, and with it the ability to speak or eat, a calamity that would have driven other men from the public eye. But Ebert refused to hide, instead forging what became a new chapter in his career, an extraordinary chronicle of his devastating illness that won him a new generation of admirers. “No point in denying it,” he wrote, analyzing his medical struggles with characteristic courage, candor and wit, a view that was never tinged with bitterness or self-pity.

On Tuesday, Mr. Ebert blogged that he had suffered a recurrence of cancer following a hip fracture suffered in December, and would be taking “a leave of presence.” In the blog essay, marking his 46th anniversary of becoming the Sun-Times film critic, Ebert wrote “I am not going away. My intent is to continue to write selected reviews but to leave the rest to a talented team of writers hand-picked and greatly admired by me.”

Always technically savvy — he was an early investor in Google — Ebert let the Internet be his voice. His rogerebert.com had millions of fans, and he received a special achievement award as the 2010 “Person of the Year” from the Webby Awards, which noted that “his online journal has raised the bar for the level of poignancy, thoughtfulness and critique one can achieve on the Web.” His Twitter feeds had 827,000 followers.

The one word I can use to describe Ebert is this:  honest.  He was honest in his reviews, both scathing and praising, honest with his cancer and his desire to keep going long after other people would have given up, and most of all honest with himself, smoothly passing on his prolific writing duties to a new generation of film historians employed as writers for his website.  He honestly recognized technology as both tool and hindrance for film, and in spreading its virtues across the planet.

Honestly, he will be missed.  More on Ebert from The Grio's Adam Howard, Sci-fi author John Scalzi, and President Obama.
Posted by Zandar Permalink 9:15:00 PM No comments:

Yesterday's story about North Carolina Republicans signing onto a bill that would invoke the Tenth Amendment in order to establish a state religion was never about establishing a state religion, but all about nullification, specifically nullification of the country's first black President, and people concentrating on the theocracy angle are in part missing the bigger threat here.

If the logic that the Tenth Amendment trumps the Supremacy Clause holds true (despite a good 60 years of Supreme Court precedent that the greater good of the nation outweighs a state's right to simply ignore federal laws) then we no longer have a United States of America, but a disunited country.  We've fought wars over this concept, guys.  Some 150 years after states went to war against each other over this, the Republican party is increasingly moving toward this poisonous position once again.

"Washington can't tell us what to do" has become "We won't enforce their laws" in turn becoming "We no longer recognize the laws we don't like" and is going towards "We'll fight like hell to be free of you."  Texas grumbling about secession, North Dakota passing clearly unconstitutional abortion restrictions and daring Washington to do something about it, now we have North Carolina challenging the Bill of Rights and making a huge court fight out of it.

There's no real downside to constantly overloading the courts with these battles, because all it takes is one win to open the door, and then chaos reigns.  There's four votes to have the Tenth Amendment be the predominant tenet of the law, nullifying the federal, on the Supreme Court.  These are the same jokers that came within a whisker of overturning Obamacare completely on these same grounds, and whom believe that corporations are entities with free speech rights that can only be expressed by being able to use unlimited funds to buy our election system.

So no, I don't put nullification past them.  This is all part of the ALEC playbook anyway: relentlessly challenge anything remotely liberal in court until it either becomes unenforceable or is overturned.  So far it's working out rather well for them, only being stopped by a thin margin of occasional capricious wisdom on the part of Justice Kennedy and the ego of Chief Justice Roberts not wanting to go down in legal history as the biggest goat ever.

That ain't much to rest a country on.

[UPDATE]  Looks like the national public outcry was so massive that North Carolina's state House Speaker, Republican Thom Tillis is promising that he will not bring the bill up for a vote:

A House resolution supporting the creation of an official religion in North Carolina will never come to a vote, officials said Thursday.

The Merchant Of Menace 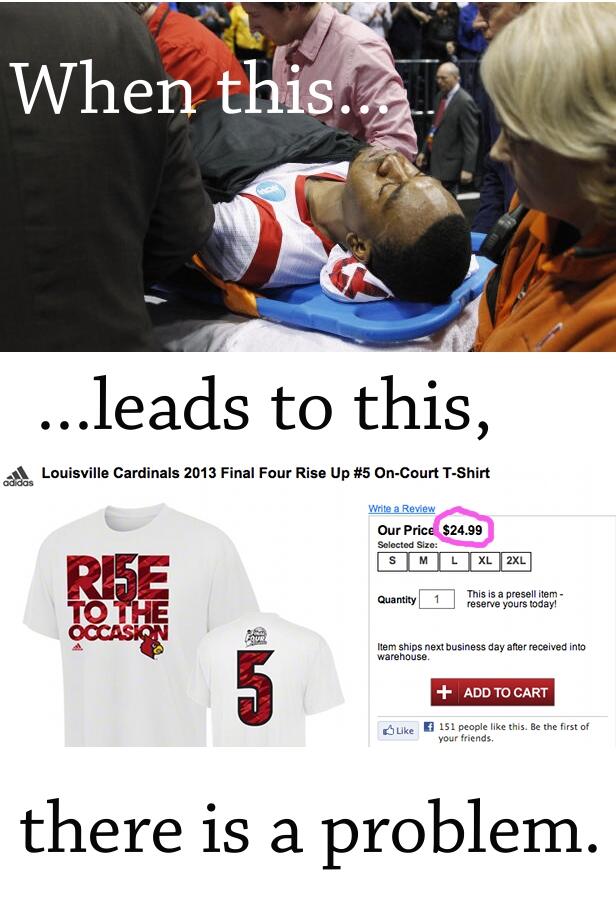 Damn right there is.
Posted by Zandar Permalink 10:53:00 AM No comments: