The Biden administration is recognizing that banning travel from Southern Africa was a pretty big mistake, as it did nothing to stop COVID Omicron from taking over as the dominant strain in the US, and America is finally correcting this silly nonsense for 2022.

Foreign nationals who are barred from the United States because they have been in one of the eight countries within the prior 14 days will again be allowed on U.S.-bound flights leaving after 12:01 a.m. ET on Dec. 31, a senior official said, confirming a Reuters report.

The United States on Nov. 29 barred nearly all non-U.S. citizens who had recently been in South Africa, Botswana, Zimbabwe, Namibia, Lesotho, Eswatini, Mozambique and Malawi in an "abundance of caution" over the variant detected in South Africa.

He said the decision was recommended by the Centers for Disease Control and Prevention (CDC). "The restrictions gave us time to understand Omicron and we know our existing vaccines work against Omicron, esp boosted," Munoz tweeted.

Reuters reported earlier U.S. public health agencies had recommended lifting the travel restrictions because retaining them would have not a significant impact on U.S. cases given the widespread current U.S. transmission, confidence that an Omicron-specific vaccine would not be necessary and that existing vaccines and booster shots are highly effective.

With a fierce new variant of the coronavirus on the loose, White House reporters are urging press secretary Jen Psaki to move her daily briefings online — but it’s an idea Psaki has been cool to so far.

The White House Correspondents’ Association has proposed holding the daily briefings on Zoom or some other online platform to avoid face-to-face contact in the White House’s cramped briefing room.

The WHCA is concerned that reporters face an elevated risk of being infected with the highly contagious omicron variant — or infecting their colleagues with it — while congregating in the 49-seat briefing room or the narrow workspaces behind it.

In a memo sent to members on Tuesday, the group’s president, Steven Portnoy, noted that President Biden himself had said in a speech earlier in the day that omicron cases are likely to be widespread in many workplaces, including at the White House.

Portnoy urged reporters “not directly tasked by their managers with being at the White House to please not come in.” He also wrote that his organization had suggested Zoom to Psaki, but “no changes are expected at this time.”

White House officials have told the WHCA that the administration’s covid protocols — which include mask requirements, and vaccine and booster checks or tests for those entering the White House premises — are sufficient protection against omicron.

But some reporters say they think the White House is more concerned about optics than medical necessity. They suggest the sight of Psaki answering press questions via video hookup might play badly with the public and undermine the administration’s assurances that it has the situation under control.

In a statement, Psaki said the White House has followed the guidance of health experts who have said its current protocols are effective. She added: “We don’t think it sends the right message to the country or the world to close the briefing room or pause in-person briefings.”

Thursday’s in-person briefing at the White House was sparsely attended, possibly reflecting both the approach of the Christmas holiday and Portnoy’s memo urging reporters to avoid the briefing room.

Psaki greeted reporters by quipping that “only the bold and the brave” were covering the briefing.

Considering the way the WHCA has treated Biden, Psaki, and VP Harris,  I want to side on Psaki on this one from a purely emotional standpoint. But the WHCA does have a valid point, and the safety of their correspondents should come first. Virtual briefings are the right call, and I hope that this White House can work this out like adults, unlike the last one.
Posted by Zandar Permalink 1:00:00 PM No comments:

We're going into hibernation for the rest of the year starting today. I'll have some things as they warrant on a daily basis, because the fight against the Stupid doesn't rest, but I'll have our usual end-of-year review and predictions for 2022 as well, and we'll be back in the New Year. 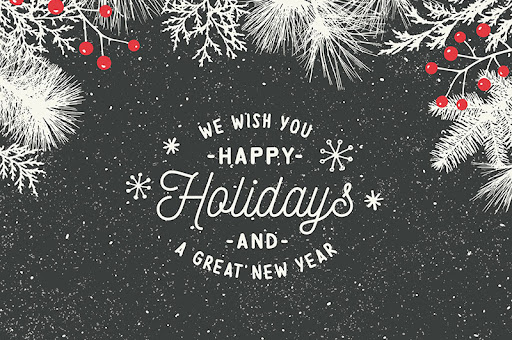 Thanks to all of you who still actually want to read this mess after 13 years.