Last Call For The Snobs Versus The Slobs

The best evidence that I have of Trump truly splitting the GOP in 2016 is from of all places, the National Review.  Last month the magazine endorsed Trump, or most of the writers did...but not all. Kevin Williamson and David French have finally said what the country club Republicans have been wanting to say for years: the immoral FOX News masses with their Trump worship need to get the hell out. 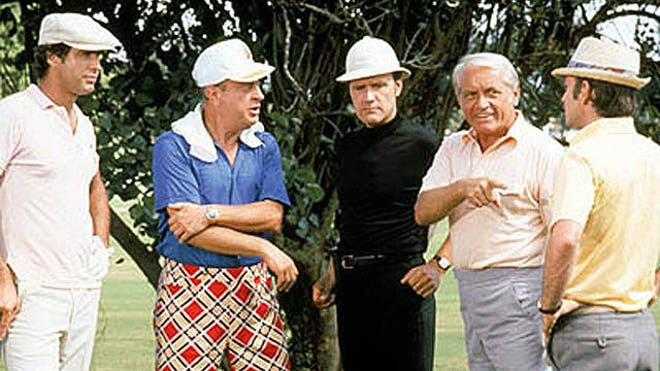 It is immoral because it perpetuates a lie: that the white working class that finds itself attracted to Trump has been victimized by outside forces. It hasn’t. The white middle class may like the idea of Trump as a giant pulsing humanoid middle finger held up in the face of the Cathedral, they may sing hymns to Trump the destroyer and whisper darkly about “globalists” and — odious, stupid term — “the Establishment,” but nobody did this to them. They failed themselves.

If you spend time in hardscrabble, white upstate New York, or eastern Kentucky, or my own native West Texas, and you take an honest look at the welfare dependency, the drug and alcohol addiction, the family anarchy — which is to say, the whelping of human children with all the respect and wisdom of a stray dog — you will come to an awful realization. It wasn’t Beijing. It wasn’t even Washington, as bad as Washington can be. It wasn’t immigrants from Mexico, excessive and problematic as our current immigration levels are. It wasn’t any of that.

Nothing happened to them. There wasn’t some awful disaster. There wasn’t a war or a famine or a plague or a foreign occupation. Even the economic changes of the past few decades do very little to explain the dysfunction and negligence — and the incomprehensible malice — of poor white America. So the gypsum business in Garbutt ain’t what it used to be. There is more to life in the 21st century than wallboard and cheap sentimentality about how the Man closed the factories down.

The truth about these dysfunctional, downscale communities is that they deserve to die. Economically, they are negative assets. Morally, they are indefensible. Forget all your cheap theatrical Bruce Springsteen crap. Forget your sanctimony about struggling Rust Belt factory towns and your conspiracy theories about the wily Orientals stealing our jobs. Forget your goddamned gypsum, and, if he has a problem with that, forget Ed Burke, too. The white American underclass is in thrall to a vicious, selfish culture whose main products are misery and used heroin needles. Donald Trump’s speeches make them feel good. So does OxyContin. What they need isn’t analgesics, literal or political. They need real opportunity, which means that they need real change, which means that they need U-Haul.

Now, Williamson is being ripped to shreds for saying this, mainly because it's partially true, and mainly because the "outside forces" Williamson is hand-waving away are the same County Club Republicans who screwed these poor white communities over in the first place in pursuit of globalization and profits, and everyone damn well knows it.  But the thing is, everyone knows the corporate wing of the GOP has always hated the plebs at the bottom of the pile and have been getting them to vote against their self-interests for decades.  It worked for Reagan, Nixon, and two Bushes.

Note that the arguments Williamson (and French, in defending him) make are the ones white conservative pundits usually throw at people of color: that they're lazy, on welfare, they have too many kids, and that they alone are responsible for their own failure in being billionaires.  To have this be used by Williamson against rock-ribbed conservative "salt-of-the-earth" types is pure anathema. No wonder Trump supporters are furious at him. These are the same dog whistle attacks used against those people, and they know exactly what Williamson means by them.

The message is clear: the FOX News, talk radio, and comment section trailer trash rank and file want Trump, not the Country Club Republican-approved boys like Jeb or Rubio (or even Kasich at this point) and the civil war is now in the open.  It's Caddyshack writ large, Al Czervik versus the Judge, and Trump is Carl Spackler wiring the course with plastic explosives. The snobs against the slobs indeed. As Judge Smails will tell you:

"I've sentenced boys younger than you to the gas chamber. Didn't want to do it. I felt I owed it to them."


Time to watch the fireworks when Carl blows up the course going for that damn gopher.
Posted by Zandar Permalink 10:10:00 PM No comments:

The Non-Violent Approach To Violence

As I mentioned, my parents peacefully protested outside Trump's rally in North Carolina on Monday morning along with a couple hundred other folks, mostly from the area's interfaith council (my family is Catholic).  Chuck Pierce agrees with that, as feeding the Trump monster inside his rallies only makes him more powerful.


Stay out of the buildings.

Stop being played for such suckers. Stop enlisting yourself in his bloody vaudeville. Stop giving him stuff to lie about at all the rallies that actually do end up happening. Stop making yourselves part of the show, because it's not working. It doesn't affect him at all. In fact, his campaign gains strength from it, like some science-fiction monster that absorbs the energy of whatever attacks it and then uses it to destroy. It doesn't gain you any allies; as should be clear by most of the meeping responses from the elite political press, the best it can get you is lectures about how Both Sides in our politics should settle down and let cooler heads ponder impotently about How We Got To This Point. That discussion never quite comes around to the simple, obvious fact that the Republican Party ate the monkeybrains 30 years ago and that the prion disease it thereby acquired is now cascading through its higher functions. That there is even one allegedly serious person taking seriously the allegedly serious argument that the president is somehow at fault for how the Republican madness is acting out in public is a measure of how far the disease has progressed, and of the spavined state of our institutional immunity to it.


He's got a point.  Trump came to power because our media wants to feed him.  Trump sells because violence sells.  Don't give him the fuel for the fire. Chicago was playing right into his hands.

All that having been said, what happened in Chicago over the weekend was tactically stupid. Yes, the rally was "shut down." Hurrah. Yes, it prompted an orgy of thumb-sucking and chin-stroking in which some people, like kindly Doc Maddow, actually pointed out the obvious truth that a madman now has more delegates to the Republican National Convention than does anyone else. And, yes, it scared the piss out of the big bag of feathers that is Marco Rubio, but he stopped quaking long enough to blame the president for "dividing Americans," which is plainly idiotic. And let's all stipulate that chanting for Bernie Sanders while you're shutting down a Trump rally is just about as stupid a political move as there is.

In terms of tangible political gain, the disruption of Trump's rally was a failure, which was obvious if you watched the coverage of his subsequent rallies in Missouri and Ohio. He feeds on this stuff, and so do his crowds.

My suggestion? Create a wave of non-violent protest outside the arenas. Close the streets. Fill the jails, if you must. Force the media coverage, which shouldn't be all that hard at this point. But stay out of the buildings because you can do no good in there. It gives aid and comfort to the forces you are trying to defeat, and it gives a timorous elite political press an excuse to look the other way, and it gives the other candidates from a party that long ago descended into madness one more hallucination to justify why it's eating bugs in public.

Stay out of the buildings. Decline to audition for a part in the freak show. Silent witness can be the most powerful kind there is.


To an extent, that's what happened in NC Monday morning.  The interfaith protesters, including my parents, stayed outside Trump's reach and Trump's crowds and protested peacefully outside.   There needs to be more of that, much more, with much larger crowds.  We know the way to deal with Trump, the Civil Rights movement showed us the way 50 years ago. The Village wants it to be "Bernie's hippies versus Trump's hardhats." Don't give it to them.

Hillary Gets The Coaled Shoulder

So let's talk about this video, which was posted in the comments over the weekend.

And in grand fashion, let's talk about the Democrats heading for the exit here in coal country over it.

"I was very disappointed to hear the comments that came out of the debate," said Alison Lundergan Grimes, Kentucky's secretary of state and a close friend of the Clinton family who received their endorsement during her unsuccessful challenge to McConnell in 2014. "My hope is she'll have a chance to clarify those comments, comments that as I said were completely out of line with personal conversations that I have had with her."

In West Virginia, where Democrats are trying to hang to the governor's mansion after losing the state legislature following the 2014 elections, two of the three Democratic candidates criticized Clinton's comments. Booth Goodwin, the former U.S. Attorney who prosecuted former Massey Energy CEO Don Blankenship, said he "absolutely disagreed" with Clinton. And Democrat Jim Justice, an Appalachian coal magnate, declared: "I will not support anyone who does not support coal."

Brian Fallon, Clinton's national press secretary, said Republicans were trying to twist Clinton's words. But later in the day, the Clinton campaign released a statement that appeared to walk back her comments that she would put coal miners and coal companies out of business.

"Coal will remain a part of the energy mix for years to come, and we have a shared responsibility to ensure that coal communities receive the benefits they have earned-and can build the future they deserve," she said.


Ahh yes, Alison Grimes couldn't move quickly enough to throw Hill under the bus.  You guys from outside Kentucky, you don't get it.  Nothing makes Dems here into spineless wimps faster than being mean to King Coal, and that's why Dems are doomed in Kentucky.  They have been for some time.

But here's the thing, Hillary was never going to win KY.  Neither was Bernie.  Trump will win here by double digits.  So Hillary can and should tell the truth about coal like she did Sunday.

It's dying.  We need new industries here in Kentucky.

Even if the politicians here don't want to admit it.