Republicans have finally come clean on their intent to watch SCOTUS fatally wound Obamacare, and to then watch it bleed to death.

Leaders in the GOP-controlled House and Senate see the court challenge as their best hope for tearing apart a law they have long opposed. If the court strikes down the subsidies, Democrats are expected to clamor for lawmakers to pass a measure correcting the language in the law to revive them. Congressional Republicans say there is no possibility they would allow that.


Greg Sargent notes this could play out as overreach as 30 states aren't going to sit idly by and do nothing with taxpayers suddenly having unaffordable health care because the GOP Congress won't fix it.

It is for this reason that there is a hidden upside in a Supreme Court ruling with the challengers. It just might finally force Republicans to own the consequences of their actual current stance on health reform, which is that they favor blowing up Obamacare and replacing it with nothing. Republicans could very well just allow the disruptions to unfold in hopes that chaos is their political friend in the 2016 election. Alternatively, Republicans could enter into real negotiations to fix the law in exchange for changes they want. Or Republicans could finally coalesce behind an alternative that would purport to expand coverage to those who lost it and continue to go without it. Or maybe that alternative wouldn’t purport to do this. Either way, that alternative could be evaluated against what Obamacare had been doing in many states before SCOTUS gutted it. Then we could re-litigate all this in 2016.


I think Greg has it right with the first option:  since when have voters over the last six years punished Republicans for causing chaos?  Certainly not in 2010, and they were rewarded with Senate control in 2014 for doing just that.

So yes, Federal exchange states will burn, it'll become a crisis, and voters will blame Obama not for causing the problem, but for being unable to convince Republicans to fix it.  If this keeps up for two years, the GOP may coast to an easy win.  So what if millions of Americans lose their health care? Most voters will say "Well, the Supreme Court decided the Republicans were right all along" and will choose to punish Democrats.

And the GOP knows it.

The Department of Justice investigated reporter Sharyl Attkisson's claims that the Obama administration had hacked her computer in order to spy on her as a critic of the President, and found that the woman is pretty much talking out of her ass.


Attkisson, who has written a book about her experiences trying to cover the Obama White House which includes the allegation of hacking, has filed a lawsuit against the Department of Justice, outgoing Attorney General Eric Holder, and the Postmaster General for the alleged hacking of her home and work computers. Today, Attkisson testified at Lynch's confirmation hearing.

The report from the DoJ's Office of the Inspector General casts a different light on Attkisson's allegations:

The OIG found after inspecting Attkisson's personal computer that the episode she recorded video of—in which the contents of a Word document were being deleted off her screen—was caused by a stuck backspace key. And examination of Attkisson's iMac found that file metadata for the computer's logs had been altered by whoever inspected it. "The OIG’s forensic examination further found what appeared to be searches and queries performed by an examiner with knowledge of computer logs," the report noted.

"However, it appeared that the searches and queries were conducted while the computer was in operation and without write protecting the drive, which altered file information. This method of forensic examination is not forensically sound nor is it in accordance with best practices." And when the OIG asked for a copy of the report from the technician who did the examination, Attkisson said, "My attorney says our material isn't yet in a form that's ready to share."

CBS would not make Attkisson's work laptop available to the OIG for inspection, though it had issued a statement saying that her computer had been compromised. But CBS told the OIG that it hadn't hired anyone to perform a forensic test on her iMac, counter to Attkisson's claim.


Ah but in the end she's a hero to the tinfoil morons on the wingnut circuit, and always will be, another victim of Obama's evil liberal conspiracy to silence voices in the press that dare criticize him.
The best part is while the knuckleheads are clearly lunatics, their votes count precisely as much as yours, the difference being that while crazy, they actually vote, and vote Republican.

Republicans are winning, and if they get the White House, then the party of Sharyl Attkisson will rule the country.  It's easy to make fun of her.  it's a whole lot harder to get off your ass and vote to stop the people she represents.
Posted by Zandar Permalink 4:00:00 PM No comments:

Mitt Romney said Friday that he would not seek the Republican nomination for president in 2016.

Mr. Romney, the former Massachusetts governor, shared his decision on a conference call with a small group of advisers.

In a second call to a larger group of supporters, Mr. Romney said, “After putting considerable thought into making another run for president, I’ve decided it is best to give other leaders in the Party the opportunity to become our next nominee.” 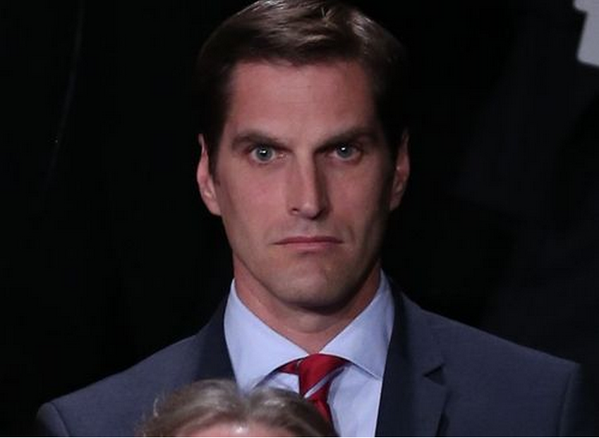 Email ThisBlogThis!Share to TwitterShare to FacebookShare to Pinterest
StupidiTags(tm): Mitt Romney, When News Breaks I Fix It

Now I can't think of anything that could possibly go wrong with giving teachers loaded weapons and telling them that yes, they can use them on students who are a "threat".

People who are concerned about the use of excessive force by law enforcement may have to deal with another fatal can of worms. If Texas state Rep. Dan Flynn (R) gets his way, teachers will have the right to use deadly force against students in Texas classrooms, in the near future.

The Lone Star State already permits teachers to have firearms in the classroom, but H.B. 868, also known as the Teacher’s Protection Act, would authorize instructors to use “force or deadly force on school property, on a school bus, or at a school-sponsored event in defense of the educator’s person or in defense of students of the school that employs the educator.” Instructors would also have the right to use deadly force “in defense of property of the school that employs the educator.” Moreover, civil immunity would be granted to those who use deadly force, meaning they would not be liable for the injury or death of student.

Of course, if you were a Texas Republican, armed with the knowledge that the state's school students are now majority Latino, well maybe you'd overreact with a bill like this too, right?
Posted by Zandar Permalink 10:00:00 AM 1 comment: