Last Call For Tales Of A Lesser Moore, Con't

If Republicans can lose in Alabama, then no GOP seat in Congress in 2018 should be considered even remotely safe. Five Thirty Eight's Harry Enten:

Democrat Doug Jones’s stunning victory in Alabama on Tuesday should send a shiver down the spine of GOP elected officials everywhere. Yes, Jones likely would have lost the special election for a U.S. Senate seat had his Republican opponent, Roy Moore, not been an extremely flawed candidate. But Moore’s defeat is part of a larger pattern we’ve seen in special elections so far this year, one in which Democrats have greatly outperformed expectations. If history holds (and of course, it may not), the special election results portend a Democratic wave in 2018.

There have been more than 70 special elections for state and federal legislative seats in 2017 so far.1 We’re interested in each of those contests, of course, but we’re also interested in what the races tell us about the national political environment. To measure that, we compared each special election result to that state or district’s partisan lean2 — how we’d expect the state or district to vote in a neutral environment (i.e. an environment in which a Democratic and Republican presidential candidate would tie 50-50 nationally).

So, in a neutral environment, we’d expect each special election result to match that state or district’s partisan lean. Instead, Democrats have outperformed the partisan lean in 74 percent of these races.

The Democratic margin has been 12 percentage points better, on average, than the partisan lean in each race. Sometimes this has resulted in a seat flipping from Republican to Democratic (e.g. in the Alabama Senate face-off on Tuesday or Oklahoma’s 37th state Senate District contest last month). Sometimes it has meant the Democrat barely loses a seat you wouldn’t expect a Democrat to be competitive in (e.g. in South Carolina’s 5th Congressional District in June). Sometimes it’s merely been the case that the Democrat wins a district by an even wider margin than you’d expect (e.g. in Pennsylvania’s 133 House District last week).

The point is that Democrats are doing better in all types of districts with all types of candidates. You don’t see this type of consistent outperformance unless there’s an overriding pro-Democratic national factor. 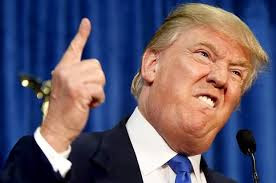 Police Shootings By The Numbers

VICE News takes an in-depth look at the nation's 50 largest police departments and finds that police shootings are, quite literally, criminally under-reported by the cops.

An exclusive analysis of data from the 50 largest local police departments in the United States shows that police shoot Americans more than twice as often as previously known.

Police shootings aren’t just undercounted — police in these departments shoot black people at a higher rate and shoot unarmed people far more often than any data has shown. Recent reform efforts have already worked to bring down police shootings, our investigation shows. Yet Attorney General Jeff Sessions is moving away from these reforms, to the dismay of advocates, experts, and some local law enforcement officials.

VICE News examined both fatal and nonfatal incidents to determine that cops in the 50 largest local departments shot at least 3,631 people from 2010 through 2016. That’s more than 500 people a year. On more than 700 other occasions, police fired at citizens and missed. Two-thirds of the people cops fired at survived.

In Los Angeles, an officer shot a 13-year-old boy playing with a replica gun, leaving him paralyzed. In Philadelphia, an off-duty cop shot his own son. Officers in Baltimore killed an off-duty colleague and struck three women with errant bullets while responding to a fight outside a nightclub. A cop in Seattle accidentally shot a teenage girl in the leg while drawing his gun; the teen was promptly arrested and jailed on an outstanding warrant.
Police shootings on the whole are rare, but experts say nonfatal shootings are just as important to understanding police violence as fatal encounters are.

“We should know about how often it happens, if for no other reason than to simply understand the phenomenon,” said David Klinger, a former Los Angeles police officer and a professor of criminology and criminal justice at the University of Missouri-St. Louis. “How often is it that police are putting bullets in people’s bodies or trying to put bullets in people’s bodies?”

After the 2014 killing of Michael Brown in Ferguson, Missouri, and other high-profile cases where police shot and killed unarmed black men, the Washington Post and the Guardian began keeping a running tally of fatal incidents. Then-FBI Director James Comey called the lack of federal data on police killings “embarrassing” and committed the agency to a new initiative to collect statistics from police departments. A handful of state and local agencies also made their data public. The Tampa Bay Times and the Texas Tribune counted all police shootings in Florida and the major cities in Texas.

But just 35 police departments participate in the federal initiative today, out of 18,000 U.S. law enforcement agencies. And as VICE News found, some departments don’t have systems in place to track nonfatal shootings by their own officers. Others wouldn’t provide data on demographics or whether the people they shoot are armed, making it hard to judge why and how often cops use deadly force or the efficacy of reforms.

Until now, there has never been a national reckoning of police shootings that includes Americans who are shot by cops and survive.

VICE News’ investigation is the first attempt to count both fatal and nonfatal shootings by American police in departments across the country. The data isn’t comprehensive — it covers about 148,000 police officers who serve more than 54 million Americans — but it offers the most complete picture yet of when cops shoot and who they shoot. The national tally of police shootings beyond our data is likely far higher.


And yes, Jeff Sessions has already reversed many of these initiatives to the point where police shootings will only go far higher in the years ahead.

Black lives still matter, especially the ones that are taken by police and not recorded as such.  And there are many.
Posted by Zandar Permalink 10:00:00 AM No comments: