Last Call For The Main Event

Labor Day weekend marks the beginning of the heart of campaign season, and with 9 1/2 weeks to go until Election Day, the latest WHAS-TV/Courier-Journal poll here in Kentucky finds Mitch the Turtle up 4 points on Alison Grimes, 46-42%.

"It's still close to the margin of error," Democratic strategist Bob Gunnell said. "(Grimes) still has very much a shot to win, and money will still continue to flow into her campaign."

"I think the McConnell people are going to be very excited about these numbers," said Republican strategist Les Fugate. "It continues the trend that we've seen in a lot of other polls, both polls for the campaigns and other independent polls. His momentum has slowly picked up since January and moved, once he consolidated the vote after the primary, and he continues to build off of that."

Neither Gunnell or Fugate are affiliated with the campaigns.


The crosstabs are pretty interesting as well.  Kentucky remains Clinton Country, as Big Dog was in town stumping for Grimes earlier this month.  His approval rating is better than anyone else in the poll at 53%.  That same four point lead favors Republicans when it comes to which party voters think should control the Senate (47-43%).

As far as issues go, Grimes has a commanding lead on women's issues, 21 points (52-31%) but McConnell has a similar lead on which candidate would better represent the interests of King Coal (44-22%).  McConnell also has a big lead on foreign policy (43-28%) and a smaller lead on immigration (40-32%), but voters are split on which candidate is better for the state's economy overall, McConnell at 40% to Grimes's 38%.

Meanwhile, voters here continue to hate Barack Obama.  His approval rating in the Bluegrass State is down to 29%, with his approval rating among Democrats down to 49%.  Obamacare, Kynect, or not, Kentuckians are pretty upset at the President.

This poll was taken before Friday's revelations that Mitch McConnell's campaign director was involved in taking bribes during Ron Paul's 2012 run, so we'll see how that plays out.

Because there aren't apparently enough completely bonkers Republicans vying for 2016 yet, we have Dr. Ben Carson happily courting the "Obama and liberals are Nazis" section of the GOP's big tent (which admittedly is pretty large and full of insane Republicans who are inexplicably still allowed to vote.)

The topic was broached and reported on in a profile of Carson in The Washington Post.
"You can't dance around it," Carson told The Washington Post's Ben Terris. "If people look at what I said and were not political about it, they'd have to agree. Most people in Germany didn't agree with what Hitler was doing…Exactly the same thing can happen in this country if we are not willing to stand up for what we believe in."

In February Carson suggested that liberals could turn the country into Nazi Germany.
"There comes a time when people with values simply have to stand up," he said according to The Huffington Post. "Think about Nazi Germany. Most of those people did not believe in what Hitler was doing. But what did they speak up? Did they stand up for what they believe in/ They did not, and you saw what happened."

"I mean, [our society is] very much like Nazi Germany," the retired neurosurgeon said in aninterview with Breitbart News. "And I know you're not supposed to say 'Nazi Germany,' but I don't care about political correctness. You know, you had a government using its tools to intimidate the population. We now live in a society where people are afraid to say what they actually believe."


Which is funny, because of Dr. Carson was even remotely correct, he wouldn't actually be able to say what he's been saying for the last several months.  Nobody's stifling his free speech.  He's allowed to freely make his incendiary claims without the US government arresting him.  He's practicing the very freedom he claims to not have, which shows his horrendous lack of understanding about the First Amendment.

But that's only one of the many reasons why he'll never be President.
Posted by Zandar Permalink 10:00:00 AM 4 comments:

Zandar Versus The Stupid turned six this week.  I never thought I'd still be going strong after six years when I started making observations in August, 2008, but here we are. 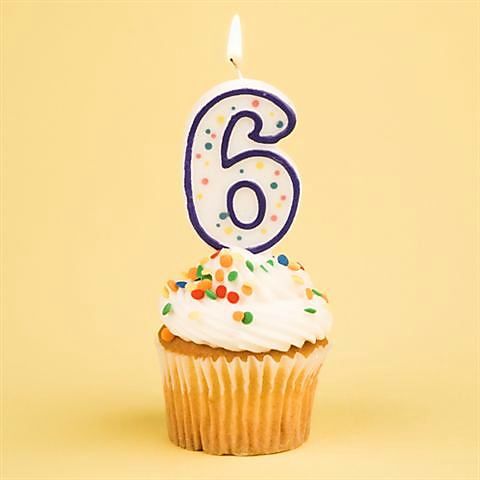 Hopefully we'll keep on going for a while longer.  Still plenty of stupid to fight, you know.

And now your regularly scheduled StupidiNews...