Same-sex marriage in the states has been on a real roll as of late, but it's run into a roadblock in the Land of Lincoln, and once again it's African-Americans unfairly taking the heat as homophobes.


Stubborn resistance within the House Black Caucus, a 20-member bloc of African-American lawmakers who have faced a withering lobbying blitz against the plan from black ministers, has helped keep Harris’ legislation in check, with several House members still undecided.

“For me, there’s really no net gain for me one way or another. I’m hearing equally. Do I philosophically disagree? No, I don’t. But I would like to see absolute protections for churches and religious organizations so they’re not pushed into something they don’t want,” said Rep. Will Davis (D-Homewood). “For me, [a decision] will literally be when the bill comes up and after I sit and listen.”

Several in the caucus have urged Harris to push the issue into the fall veto session — after which nominating petitions for the 2014 ballot have to be filed — to bring up same-sex marriage for a House vote.

“The sense I have is blacks are tired of being lobbied or targeted. They’ve kind of turned back on some of the advocates and lobbyists and are asking, ‘Why don’t you get some Republicans?’” one high-level Democratic insider said Friday.


And yes, black ministers are certainly in the wrong here...but so are Republicans.

Only 3 Republicans out of  47 are even considering the vote.  Why are LGBT advocates in Illinois stupidly hanging the shame solely on African-American legislators?

Oh yes, that's been the plan all along, to fracture the Democrats when the real bad guys are the Republicans.

How Much For Just One Rib?

The answer to Chris Rock's eternal question in I'm Gonna Git You Sucka is apparently "three to five years, and fifty for the rack."


All Willie Smith Ward wanted was his baby-back ribs, but it cost him 50 years in prison.
His problems started when he tucked a large rack under his shirt and tried to leave the H-E-B store at 1102 Speight Ave. without paying in September 2011.


A jury in Waco’s 19th State District Court also didn’t like the 43-year-old Ward’s previous five felony and four misdemeanor convictions and recommended that Ward be sentenced to 50 years in prison as a habitual criminal.

Jurors took two minutes Wednesday to convict Ward on robbery charges and about an hour to decide his punishment.

Ward’s theft of the $35 rack of pork ribs turned into a robbery when he threatened a grocery store employee who saw the huge bulge under Ward’s shirt and tried to stop him in the parking lot.

“This verdict shows that the citizens of this county will not tolerate a continued disrespect and disregard for other people and their property,” said Assistant District Attorney J.R. Vicha, who prosecuted Ward with Chris Bullajian. “People who choose to do so will be dealt with seriously and appropriately.”


50 years for a rack of ribs is "serious and appropriate"? 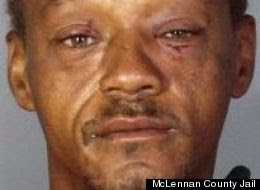 Unga-bunga, me Erick Erickson, me knuckle-dragger who think women should stay in kitchen.  Me go on FOX News to talk science:


“I’m so used to liberals telling conservatives that they’re anti-science. But liberals who defend this and say it is not a bad thing are very anti-science. When you look at biology — when you look at the natural world — the roles of a male and a female in society and in other animals, the male typically is the dominant role. The female, it’s not antithesis, or it’s not competing, it’s a complementary role.”


Sure it is.  Just ask praying mantises, or lions, or seahorses, or...

..you know what, I'm not doing this guy's biology homework again.  Let him flunk.
Posted by Zandar Permalink 10:26:00 AM No comments: