Paul Krugman has had enough of this crap. 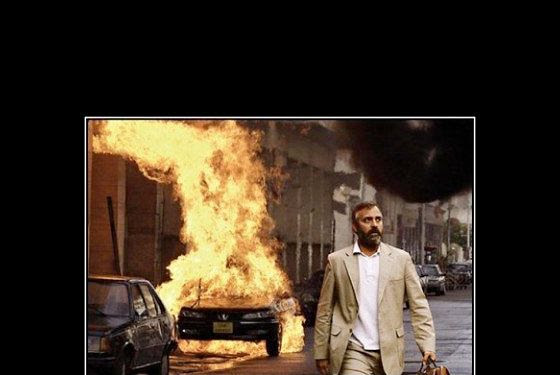 Last week House Republicans voted for the 40th time to repeal Obamacare. Like the previous 39 votes, this action will have no effect whatsoever. But it was a stand-in for what Republicans really want to do: repeal reality, and the laws of arithmetic in particular. The sad truth is that the modern G.O.P. is lost in fantasy, unable to participate in actual governing.

Just to be clear, I’m not talking about policy substance. I may believe that Republicans have their priorities all wrong, but that’s not the issue here. Instead, I’m talking about their apparent inability to accept very basic reality constraints, like the fact that you can’t cut overall spending without cutting spending on particular programs, or the fact that voting to repeal legislation doesn’t change the law when the other party controls the Senate and the White House.


Pretty much everything in this article is truth, and Krugman nails the clown car zeitgeist to the wall again.

When it comes to fiscal policy, then, Republicans have fallen victim to their own con game. And I would argue that something similar explains how the party lost its way, not just on fiscal policy, but on everything.

Jerry Brown Does The BART, Man

Hundreds of thousands of San Francisco Bay area commuters got at least a temporary reprieve from a massive transit strike when Gov. Jerry Brown ordered an inquiry into a labor contract dispute.

In the order, Brown named a board of investigators for a seven-day inquiry into the contract dispute that had labor unions poised to walk off the job at midnight Sunday.

The order Brown issued came under a law that allows the state’s intervention if a strike will significantly disrupt public transportation services and endanger public health.

“For the sake of the people of the Bay Area, I urge — in the strongest terms possible — the parties to meet quickly and as long as necessary to get this dispute resolved,” Brown said in the order.


So Jerry bought the Bay a week or so, but odds are real good we'll be back here next Monday talking about a major public transit strike, and with good reason.  A previous strike last month tied up traffic for four days, and all that did was get BART management to the table.  They haven't done squat since.  The real issue, as always, is pay and pensions.

Despite a state-brokered 30-day contract extension that ended the July walkout, the points of contention are largely unchanged from last month.

BART is offering smaller raises than the unions are seeking, and the transit agency wants workers to begin paying into their pension fund and contribute more toward health costs. Union leaders say the result for many workers would be a net pay cut after years without raises.


BART complains that workers have the best pubic transit worker package in the country.  Workers know that management's game is to change that, and stick them with thousands in health care and pension costs yearly.  We'll see where this goes, but if the workers and unions lose here, there's bascially nowhere left in America where they can win anymore.

That should worry all of us.
Posted by Zandar Permalink 3:15:00 PM No comments:

The Monster Turtle Of Fancy Farm

The annual political slugfest that is Fancy Farm in Kentucky ignited again over the weekend, and for those of you from out-of-state, Jonathan Miller of the Daily Beast has your primer.

For those uninitiated in Bluegrass State politics, the Fancy Farm picnic is neither fancy nor on a farm. The picnic, held annually on the first Saturday in August in a tiny, far-Western Kentucky hamlet called Fancy Farm (population 458: Salute!), is hosted by St. Jerome's Catholic Church, which bills the event as the "world's largest one-day BBQ." While the day's menu features bingo, 5k runs, and some of the world's most savory sandwiches (Try the mutton... seriously), the main event begins at 2:00 PM when the state's most powerful politicians (and occasionally a few national figures such as George Wallace and Al Gore) take the stage for five to ten minute riffs on the year's hottest campaigns.


But Fancy Farm went from a quiet Western Kentucky stop on any KY politico's statewide tour to the Bluegrass Bowl of mud-slinging because of one man:


The Fancy Farm political speaking forum used to have a similar old-fashioned feel. Al Cross, the dean of Kentucky political journalists, remembers that Fancy Farm used to be a “traditional community gathering with the focus on the interests of Western Kentucky,” with a small-town, state-fair sort of ambiance.

But that all changed dramatically in the 1980s, when the picnic’s political forum devolved, according to Cross, into “a piece of political theater”: a hyper-partisan, name-calling screaming match, a microcosm of everything that Americans hate about politics.

The primary culprit? Cross points squarely at Mitch McConnell, and few would disagree. Al Smith, a retired journalist who's such a Kentucky legend that the state's major journalism award bears his name, argues that the Senator must assume significant responsibility for the precipitous decline in civility at Fancy Farm: "McConnell was the first with the idea to bus in hundreds of noisy supporters from the rest of the state, and maybe out-of-state as well...[and he] was the first to use the stage as political theater," cutting down his opponents with elaborately designed, choreographed productions, dressing up his staff to make fun of his opponents."


Mitch the Turtle did much the same again this year.

McConnell, who spoke first, avoided direct attacks on his opponent, instead speaking in broad strokes: “Over the next 15 months, we are going to decide what kind of America we want … Barack Obama’s vision for America or Kentucky’s.”

Grimes, who followed GOP Rep. Ed Whitfield on stage, took direct swipes at McConnell: “Sen. McConnell is the most unpopular senator among Democrats but Republicans, as well. … There’s a reason he’s so disliked. There is a disease of dysfunction in Washington, D.C., and after 30 years, Sen. McConnell is in the center of it. As long as he remains in D.C., D.C. will stand for dysfunctional capitol.”


And neither did Mitch's Tea Party primary challenger, Matt Bevin.

Bevin, an investment fund manager who has attracted support from tea party groups, spoke last out of the trio.

“Mitch McConnell has disappeared. … Where’s Mitch?” he asked the crowd, alluding to McConnell’s time spent in the Senate chamber. “The people of Kentucky have been wondering that for a while now.”

In a reference to his family’s bell-manufacturing business and above the sound of bell-ringing supporters, Bevin said: “Let me tell you something senator: Ask not for whom the bell tolls, senator; they toll for you. Because the people of Kentucky have had enough.”

Mitch the Turtle is looking at the very possible end of his political career, and he knows it.  The Fancy Farm Beast he created 25 years ago is now slobbering in his face, and this race is on, all 15 months of it (or should Mitch lose in May to Bevin, nine months.)

You thought Rand Paul/Jack Conway was an ugly race when I covered it three years ago?  Welcome to Kentucky.  More on this year's Fancy Farm here, here, and here.  Fancy Farm is a nationally known event now, thanks to Mitch...but there's all number of edges on that sword this year and next.
Posted by Zandar Permalink 10:00:00 AM No comments: