Last Call For The Battle Of Lexington

Here in Kentucky, Lexington Mayor Jim Gray is signaling that the awful events in Charlottesville this weekend will be the catalyst to accelerate his own plans to remove two Confederate monuments in the middle of town.

The mayor of Lexington, Kentucky, is taking action to remove two Confederate-era monuments from his city's former courthouse after the deadly clashes in Virginia.

Mayor Jim Gray revealed his intention Saturday after the attack in Charlottesville. He said he planned to announce it this week, but the incident prompted him to declare his intentions earlier.

Violent clashes between white nationalists and counter-protesters left three people dead in Charlottesville, including a woman killed when a driver plowed into a group of counterprotesters. Dozens more were injured.

In a series of tweets, Gray said that he will ask the the city council to support his petition for removal of the monuments to the Kentucky Military Heritage Commission on Tuesday.

The statues of John Hunt Morgan and John C. Breckinridge are on the grounds of Lexington's former courthouse, which is set to become a visitor's center.

John Hunt Morgan served in the Mexican-American war, and fought for the Confederacy until his death in 1864. John C Breckinridge, who was the 14th Vice President of the US, owned slaves.

In a tweet, Lexington's mayor said "we cannot let them define our future."


Good for Mayor Gray, who if you recall ran against Rand Paul in 2016 for the US Senate.  Gray lost by 14 points, but he's still Mayor of Lexington, and it's about time that he made this move. I'm hoping the City Council will back him on this, after this weekend I would hope that backing would be unanimous.

Hopefully GOP Gov. Matt Bevin won't interfere, especially since Bevin has long called for the removal of the statue of Jefferson Davis from the Kentucky Capitol Building, and I have vowed never to set foot in Frankfort until that reminder of slavery is gone. I haven't yet, but maybe, just maybe, that monument to barbarism will come down as well.
Posted by Zandar Permalink 10:15:00 PM No comments:

Meanwhile In Propaganda This Week...

Trump is on Week 2 of his vacation, but if you're wondering if he's busy or not, he's got his hands full with new Trump campaign ads naming Democrats and journalists as "the President's enemies".


These Enemies of Dear Leader must be dealt with by the People, because they are Enemies of the People as well.  Join us in defeating our Enemies today!

Unless of course you're supporting those enemies.

It will not go well for you if you do, citizen.

Sacasm aside, Trump is naming American citizens as his enemies in a campaign ad that's being run more than 3 years before the next presidential election.  On top of that he's taking credit for his predecessor's economy, which he repeatedly blasted as a failure in 2016.  Democratically-elected leaders don't do that. Autocratic dictators do that.

This week's Sunday Long Read is from Aeon Magazine, as environmental scientist Dr. Rebecca Altman journeys with her grandfather to the site of his first major job: the Bakelite plastic plant in New Jersey, where America's plastic revolution began.


In 1962, the same year Rachel Carson published Silent Spring, my father started his first job at this factory. He was 22, his black hair buzzed short, accentuating the characteristic patch of white just above his hairline. He had just graduated from the chemical engineering programme at the University of Rhode Island, and was hired even though URI did not yet offer classes in plastics production.

Union Carbide assigned him as a process engineer. Within four years, at the age of 26, the company promoted him to supervisor of their polystyrene department, a position he held for a couple years until taking over the production of phenol, formaldehyde and hexamethylenetetramine, the chemicals used to make Bakelite. They gave him a good salary and a small office with a door. When closed, it could dampen the din of the incessant machines. But he spent most days in the plant. His shirt and tie carried home the saccharine smell of styrene and Acrowax, the powder sifted onto the finished polystyrene pellets to keep them from sticking. For a time, he commuted by bicycle past the junkyards before pedalling down Baekeland Avenue. When the union went on strike, he worked the 12-hour graveyard shift. By the close of 1963, The New York Times Magazine reported, Union Carbide had made 1 billion lbs of plastic in a single year.

My father spent a decade at that job, spanning the period in which my three older siblings were born. By spring 2013, on the day we visited, only a few buildings remained. We happened to meet a uniformed employee who showed us a manhole cover bearing the Bakelite logo, the only known company artifact on-site. He had salvaged it and placed it by the central flagpole, in grass taken over by Canadian geese. It once marked a portal into the dense network of underground wires and pipes that, like roots, conveyed power and resources to the plant’s many branches. I stood between my father and the geese trying to imbue the round, rusted disc with significance. But all I could see were goose droppings.

Visiting the old Carbide site made me wonder why we call industrial factories ‘plants’ in the first place. Most plants strike me as an extreme landscape, invasive, grown beyond the human scale. They look like an impenetrable thicket of pipes and valves, canopies of stacks and distillation columns with an understory of brick and catwalks, scaffolding and tanks.

But little else can thrive in their presence. I’m reminded of the Locke Breaux Oak that, since the 1600s, had grown in Taft, Louisiana. Union Carbide built a chemical plant nearby and, beginning in 1966, it likely made the styrene my father coaxed into polystyrene. When the plant was built, the oak was 36 ft around its trunk and 75 ft tall, with branches that spanned 170 ft across. But by 1968, it was dead. So I’m left wondering: how is it that two seemingly opposed concepts – factories and flora – came to share the same word?

The related term, factories, is a shortening of manufactories, an example of how places are sometimes named according to what actions – manufacturing – are performed there. Hence smelters smelt. Paper mills mill paper. Ironworks work iron. Refineries refine petroleum. But plants don’t follow the same logic. The corollary would be plantations.

Interestingly, Union Carbide’s Taft plant sits along the 150-mile corridor between Baton Rouge and New Orleans, which was once lined with antebellum plantations. The hundred or so petrochemical plants along the Mississippi were constructed on former cotton, indigo and sugar plantations, and now produce, in addition to chemical feedstocks and plastics, synthetic versions of the crops once raised by forced labour: rayon, dyes and artificial sweeteners. The descendants of former slaves now share a fence line with some of the most polluting industries in the nation.

However, according to the Oxford English Dictionary, calling factories plants predates the conversion of US plantations into petrochemical production. I put the question to an environmental historian, several sociologists, a linguist, two science and technology scholars, and a plastics expert – all of whom uncovered pieces of its origins, but were otherwise stumped by how factories became plants. Might it have a Latin root? Does it refer to how the first factories converted plants (such as cotton) into commodities? Was it a clever metaphor – to plant a business, to sow profit – that spread organically? Did its use emerge in that chasm between technological change and the evolution of adequate terminology to describe it?

Even the linguist said I’d dug up an etymological mystery, one that hadn’t yet revealed its source. And while my (re)search continues, I wonder how phrases become taken for granted, adopted without thought, and their origin largely unknown to generations who rarely question the way things have come to be.

The same could be said about plastics.


As the world heads forward into new technology, plastics are still with us after a century and will still be with us centuries later.  That's both the promise of the technology, and the curse.  We still need plastics today, and that means we need the oil that plastics come from.  New plastics are being invented from biological sources, but petrochemical-based plastics are ubiquitous today and will continue to be for some time. We talk about replacing oil as a source of energy all the time.

What we don't talk about is replacing oil as a source of plastics.  We need to have this conversation on a far more regular basis.
Posted by Zandar Permalink 12:00:00 PM No comments:

Happy Birthday To Us

The blog turned nine years old this week, and it's impressive to say the least that my thoughts on politics, Barack Obama, the housing bubble and Bush administration is still around. 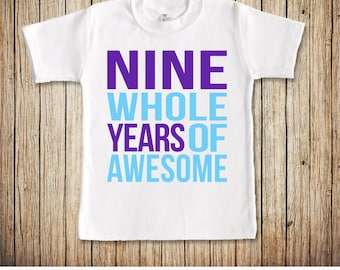 It's because of you guys, of course.