Check Your Suit (And Ego) At The Door

As promised, I review Robert Downey, Jr. and Gwyneth Paltrow in Iron Man 3: 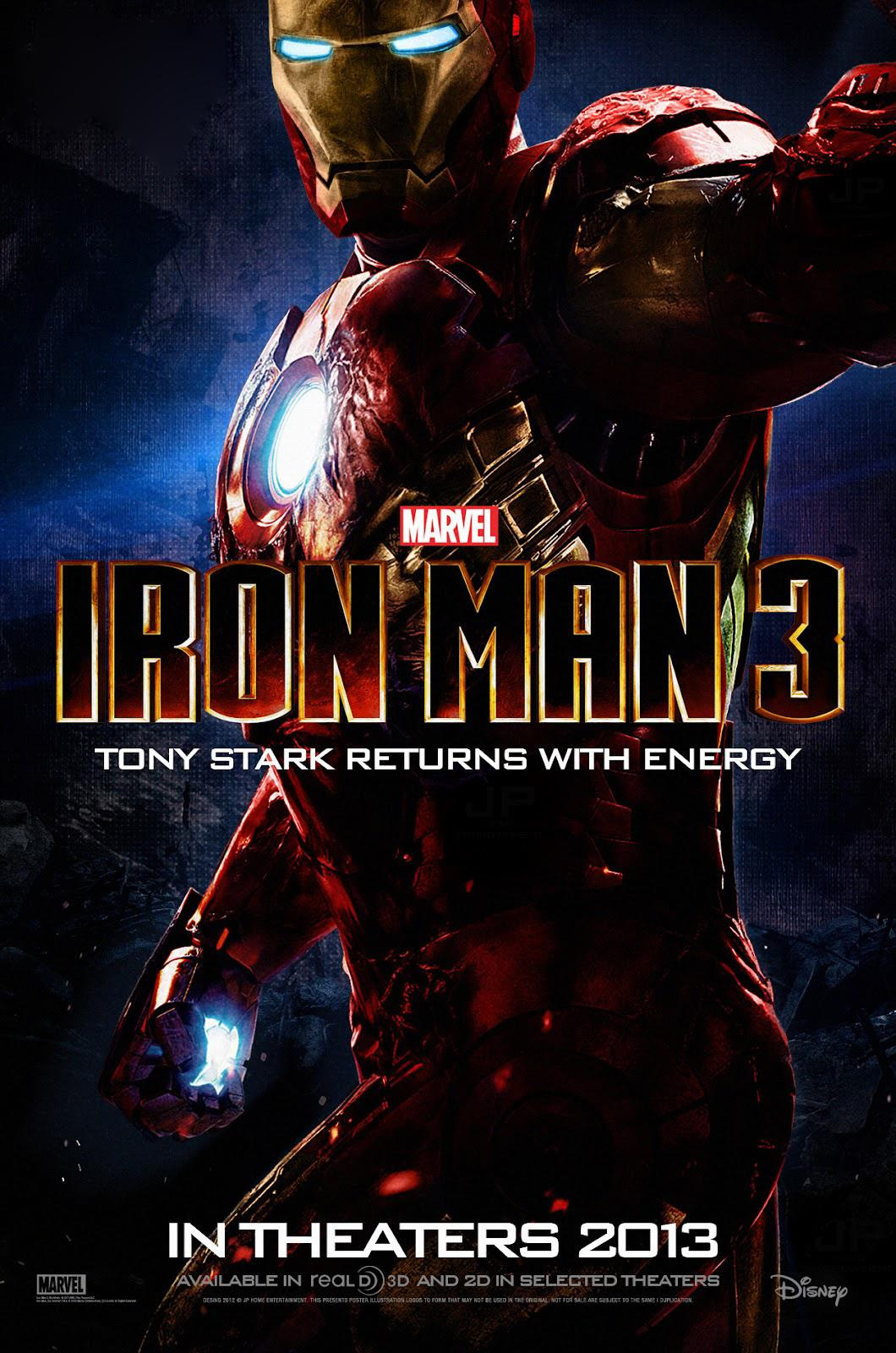 Tony Stark (Downey) is flying pretty high these days, he's saved the world from an extra-dimensional alien invasion in The Avengers and his girlfriend and current Stark Enterprises CEO Pepper Potts (Paltrow) has moved in with him to the World's Biggest Man Cave in Malibu.  His pal Col. Jim "Rhodey" Rhodes (Don Cheadle) has upgraded his War Machine suit to become the Iron Patriot, and the world is happily running without the need for ol' Shellhead Stark to save it.

But Stark's nagging perfectionism, relentless drive, and boundless ego are always an armory full of double-edged swords, and without anything positive to focus on, he's latched on to his near-death experience in New York at the hands of the aliens and it's driving everyone around him nuts, most of all Pepper.

When his friend Happy Hogan (director Jon Favreau) is critically injured in a bombing attack (on Grumman's Chinese theater no less) by international terrorist The Mandarin (played by the totally awesome Ben Kingsley, devouring scenes wholesale), Stark has something new to obsess over and immediately calls out the criminal mastermind.  It's a check his ego writes that his technology can't cash, as The Mandarin's counterstrike leaves Tony presumed dead, without anything except his wits, a wrecked Mark 42 Iron Man suit, and a poncho.

From there the movie tries to answer the question:  Who is Tony Stark outside of his suit?  Without his toys and billions in resources, is he really a hero or just a fast-talking egomanaical jackass with a lot of money and weapons, more of a danger to humanity than an example of its best qualities?

Stark has to get his crap together pretty quickly, because The Mandarin actually has one of the best comic book supervillain master plans I've seen in a long time, and on top of all that Tony Stark's going to have to pay for a mistake he made 13 years earlier, involving a scientific genius named Aldrich Killian (Guy Pearce) and his super-tech think tank, Advanced Idea Mechanics...

I don't want blow the ending, but it's definitely the best movie in the Iron Man franchise and comes very, very close to the greatness of The Avengers to boot.  (Yes, it's good enough to make you forget all about the awful Iron Man 2.)  Go see this one folks, be sure to check out the trailer for Thor: The Dark World and as always with a Marvel film, be on the lookout for Stan Lee and stick around for the stinger at the end (especially you Science Bros. fans!)

First weekend in May is still the best weekend ever, with Star Wars Day today (May the Fourth be with you!) as well as Derby Day here in Kentucky on top of Free Comic Book Day (and Iron Man 3 is out!) as well as Cinco de Mayo tomorrow.

I'll have a review of the third film starring Robert Downey Jr. in the role the universe created him to play, Tony Stark, here later today.