The video interview with Edward Snowden, the NSA leaker: 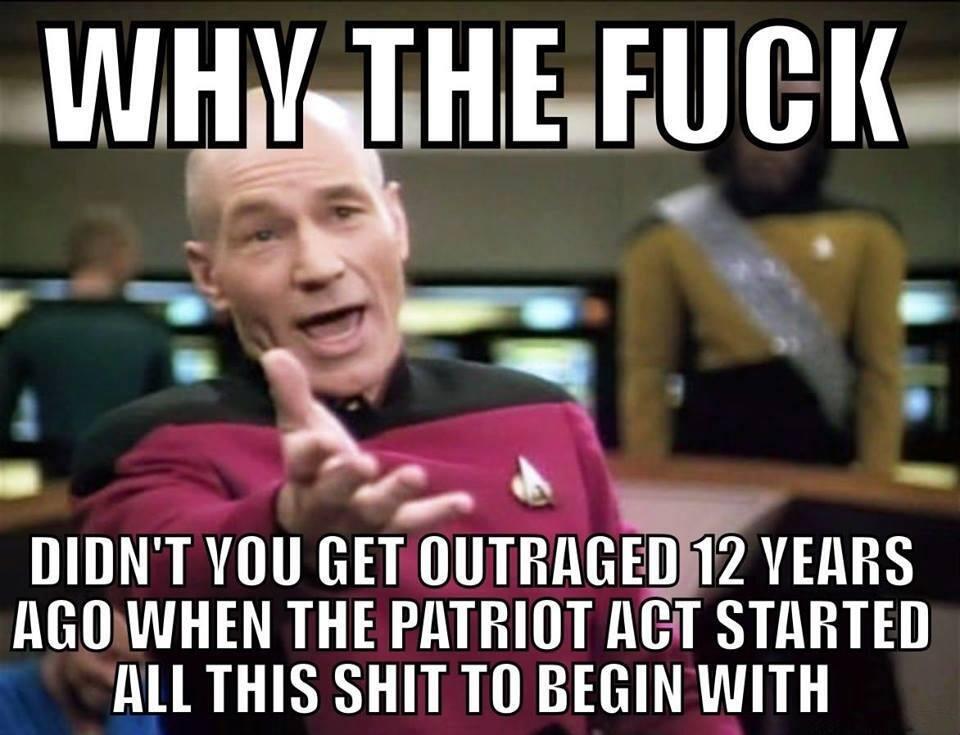 Winter Is Coming For Edward Snowden

The latest NSA leak from the Guardian is the identity of the person behind the leak themselves:  Edward Snowden, a 29-year old contractor who has come forth with some absolutely unbelievable claims.

The individual responsible for one of the most significant leaks in US political history is Edward Snowden, a 29-year-old former technical assistant for the CIA and current employee of the defence contractor Booz Allen Hamilton. Snowden has been working at the National Security Agency for the last four years as an employee of various outside contractors, including Booz Allen and Dell.

The Guardian, after several days of interviews, is revealing his identity at his request. From the moment he decided to disclose numerous top-secret documents to the public, he was determined not to opt for the protection of anonymity. "I have no intention of hiding who I am because I know I have done nothing wrong," he said.


And yet Snowden is apparently hiding out in Hong Kong, China and fully expects the CIA to bag him at any time.  The Guardian's Q and A with him is just something else.

Q: Why did you decide to become a whistleblower?

A: "The NSA has built an infrastructure that allows it to intercept almost everything. With this capability, the vast majority of human communications are automatically ingested without targeting. If I wanted to see your emails or your wife's phone, all I have to do is use intercepts. I can get your emails, passwords, phone records, credit cards.
"I don't want to live in a society that does these sort of things … I do not want to live in a world where everything I do and say is recorded. That is not something I am willing to support or live under."

Q: But isn't there a need for surveillance to try to reduce the chances of terrorist attacks such as Boston?

A: "We have to decide why terrorism is a new threat. There has always been terrorism. Boston was a criminal act. It was not about surveillance but good, old-fashioned police work. The police are very good at what they do."

Q: Do you see yourself as another Bradley Manning?

A: "Manning was a classic whistleblower. He was inspired by the public good."


No, Manning was a leaker.  That's why he's on trial right now.  And this is a guy with a political axe to grind who fled to CHINA.

Q: Do you think what you have done is a crime?

A: "We have seen enough criminality on the part of government. It is hypocritical to make this allegation against me. They have narrowed the public sphere of influence."


He's fled to Hong Kong and he doesn't think he's committed any crimes because the Obama administration is criminal.  I'm not liable to take anything said by anyone who believes that seriously.

But here's the kicker:

Q: Is it possible to put security in place to protect against state surveillance?

A: "You are not even aware of what is possible. The extent of their capabilities is horrifying. We can plant bugs in machines. Once you go on the network, I can identify your machine. You will never be safe whatever protections you put in place."


YOU ARE NOT SAFE.  FEAR FEAR FEAR, says the guy who is sick of the perpetual fear state.  This guy is Greenwald with a security clearance.

Q: When did you decide to leak the documents?

A: "You see things that may be disturbing. When you see everything you realise that some of these things are abusive. The awareness of wrong-doing builds up. There was not one morning when I woke up [and decided this is it]. It was a natural process.

"A lot of people in 2008 voted for Obama. I did not vote for him. I voted for a third party. But I believed in Obama's promises. I was going to disclose it [but waited because of his election]. He continued with the policies of his predecessor."

Democratic Rep. John Lewis of Georgia has fought for the rights of voters for five decades.  Sometime in the next couple of weeks, the Supreme Court is expected to decide that his signature legislation, the Voting Rights Act, is no longer necessary because, ironically, the efforts to get black voters to the polls in 2012 was so amazingly successful.

The successful resistance to voter suppression may be the most important story of the 2012 election. Compared with 2008, 1.7 million more blacks, 1.4 million more Hispanics and 550,000 more Asians went to the polls, versus 2 million fewer whites. The turnout rate among black voters exceeded that of whites for the first time on record, according to the Census Bureau. While the turnout rate fell among nearly every demographic group, the largest increase came from blacks 65 and over. Those, like Lewis, who had lived through the days when merely trying to register could get you killed were the people most determined to defend their rights last year.

Yet Lewis viewed Obama’s re-election as only a temporary victory, given the challenge to Section 5 before the Supreme Court. The mood in Selma during this year’s anniversary of Bloody Sunday was more somber than celebratory. “Here we are, forty-eight years after all you did, and we’re still fighting?” Biden said in Selma. “In 2011, ‘12 and ‘13? We were able to beat back most of those attempts in the election of 2012, but that doesn’t mean it’s over.” After Holder cited the continued importance of Section 5 in combating discrimination, the crowd at the foot of the bridge chanted, in what had to be a first, “Section 5! Section 5!”

“When it comes to voting rights,” says Ben Jealous, president of the NAACP, “you realize the past isn’t the past.”

And with Section 5 gone, southern states will be able to gerrymander black and Latino voters into a handful of districts and crush voting everywhere else.  The Voting Rights Act will effectively be gutted in a time when it's needed more than ever.

Indeed, despite powerful moments of reconciliation, the South is far from a post-racial utopia. Six of the nine states fully covered by Section 5, all in the South, passed new voting restrictions after the 2010 election. “Section 5,” write law professors Christopher Elmendorf and Douglas Spencer, “is remarkably well tailored to the geography of anti-black prejudice.” Of the ten states where anti-black stereotypes are most common, based on data from the National Annenberg Election Survey, six in the South are subject to Section 5. Racially polarized voting and “explicit anti-black attitudes,” according to an AP survey, have increased since 2008. Arkansas and Virginia have passed strict new voter-ID laws this year, while North Carolina is considering a slew of draconian restrictions.

“Places like Georgia, Alabama, Mississippi, they forget recent history,” Lewis said. “We’re not talking about something that took place a hundred years ago, but a few short years ago. And some of it is still going on today. And if you get rid of Section 5 of the VRA, many of these places, whether it be state, county or town, will slip back into the habits of the past.”


We'll find out in a few weeks.  We could find out as soon as Monday.  Without the VRA Section 5, these states will immediately move to disenfranchise millions of voters.

We voted in record number in 2012.  Now we have to be punished so that never happens again.