The stakes just got raised significantly in Ukraine as the European Parliament has officially declared Russia to be a state sponsor of terrorism.

Ukrainian President Volodymyr Zelenskyy on Wednesday thanked European Union’s lawmakers for declaring Russia a “state sponsor of terrorism” and said authorities are doing everything possible to restore energy to the country plunged in darkness as a result of Russian airstrikes.

Earlier in the day, The European Parliament overwhelmingly backed a resolution labeling Russia a state sponsor of terrorism for its invasion of and actions in Ukraine. The non binding but symbolically significant resolution passed in a 494-58 vote with 48 abstentions.

“Today, the European Parliament finally recognized Russia as a state sponsor of terrorism. Thanks to all parliamentarians. And then Russia proved to the whole world that this is true by using 67 rockets against our infrastructure, our energy, and ordinary people”, Zelenskyy said.

He added that authorities at all levels are working hard to restore electricity.

“We will restore everything and get through it all because we are unbreakable people”, he added.

The Russian response was destroying more power infrastructure around Kyiv.

Residents of Ukraine’s bombed capital clutched empty bottles in search of water and crowded into cafés for power and warmth Thursday, switching defiantly into survival mode after new Russian missile strikes a day earlier plunged the city and much of the country into the dark.

In scenes hard to believe in a sophisticated city of 3 million, some Kyiv residents resorted to collecting rainwater from drainpipes, as repair teams labored to reconnect supplies.

Friends and family members exchanged messages to find out who had electricity and water back. Some had one but not the other. The previous day’s aerial onslaught on Ukraine’s power grid left many with neither.

Cafés in Kyiv that by some small miracle had both quickly became oases of comfort on Thursday.

Oleksiy Rashchupkin, a 39-year-old investment banker, awoke to find that water had been reconnected to his third-floor flat but power had not. His freezer thawed in the blackout, leaving a puddle on his floor.

So he hopped in a cab and crossed the Dnieper River from left bank to right, to a café that he’d noticed had stayed open after previous Russian strikes. Sure enough, it was serving hot drinks, hot food and the music and WiFi was on.

“I’m here because there is heating, coffee and light,” he said. “Here is life.”

Kyiv Mayor Vitali Klitschko said about 70% of the Ukrainian capital was still without power on Thursday morning.

With cold rain falling and the remnants of a previous snowfall still on the streets, the mood was grim but steely. The winter promises to be a long one. But Ukrainians say that if Russian President Vladimir Putin’s intention is to break them, then he should think again.

“Nobody will compromise their will and principles just for electricity,” said Alina Dubeiko, 34. She, too, sought out the comfort of another, equally crowded, warm and lit café. Without electricity, heating and water at home, she was determined to keep up her work routine. Adapting to life shorn of its usual comforts, Dubeiko said she uses two glasses of water to wash, then ties her hair in a ponytail and is ready for her working day.

The Russian plan to immiserate Ukraine into a massive refugee crisis is proceeding apace.  Something to remember on this Thanksgiving holiday.
Posted by Zandar Permalink 8:00:00 PM No comments:

Former VP Mike Pence can certainly continue to stonewall the House January 6th Committee as it heads into its final days, but he's not going to be able to avoid the Justice Department in the same way.

The Justice Department is seeking to question former Vice President Mike Pence as a witness in connection with its criminal investigation into former President Donald J. Trump’s efforts to stay in power after he lost the 2020 election, according to two people familiar with the matter.

Mr. Pence, according to people familiar with his thinking, is open to considering the request, recognizing that the Justice Department’s criminal investigation is different from the inquiry by the House Jan. 6 committee, whose overtures he has flatly rejected.

Complicating the situation is whether Mr. Trump would try to invoke executive privilege to stop him or limit his testimony, a step that he has taken with limited success so far with other former officials.

Mr. Pence was present for some of the critical moments in which Mr. Trump and his allies schemed to keep him in office and block the congressional certification of Joseph R. Biden Jr.’s victory. An agreement for him to cooperate would be the latest remarkable twist in an investigation that is already fraught with legal and political consequences, involving a former president who is now a declared candidate to return to the White House — and whose potential rivals for the 2024 Republican nomination include Mr. Pence..

Thomas Windom, one of the lead investigators examining the efforts to overturn the election, reached out to Mr. Pence’s team in the weeks before Attorney General Merrick B. Garland appointed a special counsel on Friday to oversee the Jan. 6 investigation and a separate inquiry into Mr. Trump’s handling of classified documents, according to one of the people familiar with the matter. Mr. Garland has said that the appointment of the special counsel, Jack Smith, will not slow the investigation.

But the person who can stonewall Pence's testimony, even if he's willing to agree, if Donald Trump himself.

The discussions about questioning Mr. Pence are said to be in their early stages. Mr. Pence has not been subpoenaed, and the process could take months, because Mr. Trump can seek to block, or slow, his testimony by trying to invoke executive privilege.

Mr. Trump has cited executive privilege to try to stop other former top officials from talking with investigators. While those efforts have generally been unsuccessful in stopping testimony by the officials to a federal grand jury, they have significantly slowed the process.

Mr. Trump’s efforts to slow or block testimony included asserting executive privilege over testimony from two of Mr. Pence’s top aides: his former chief of staff, Marc Short, and his general counsel, Greg Jacob. But both men returned for grand jury interviews after the Justice Department, in a closed-door court proceeding, fought the effort to apply executive privilege.

Mr. Pence, who rebuffed Mr. Trump’s efforts to enlist him in the plan to block certification of the Electoral College results, has been publicly critical of Mr. Trump’s conduct in the run-up to the Jan. 6 assault on the Capitol and on the day of the attack, when members of a pro-Trump mob were chanting “Hang Mike Pence.”

Eventually Pence will cooperate with the DoJ. Whether or not it makes any difference at this point is an open debate.
Posted by Zandar Permalink 2:00:00 PM No comments:

It's Turkey Time Once Again

Light posting for the rest of the week for the Thanksgiving holiday. 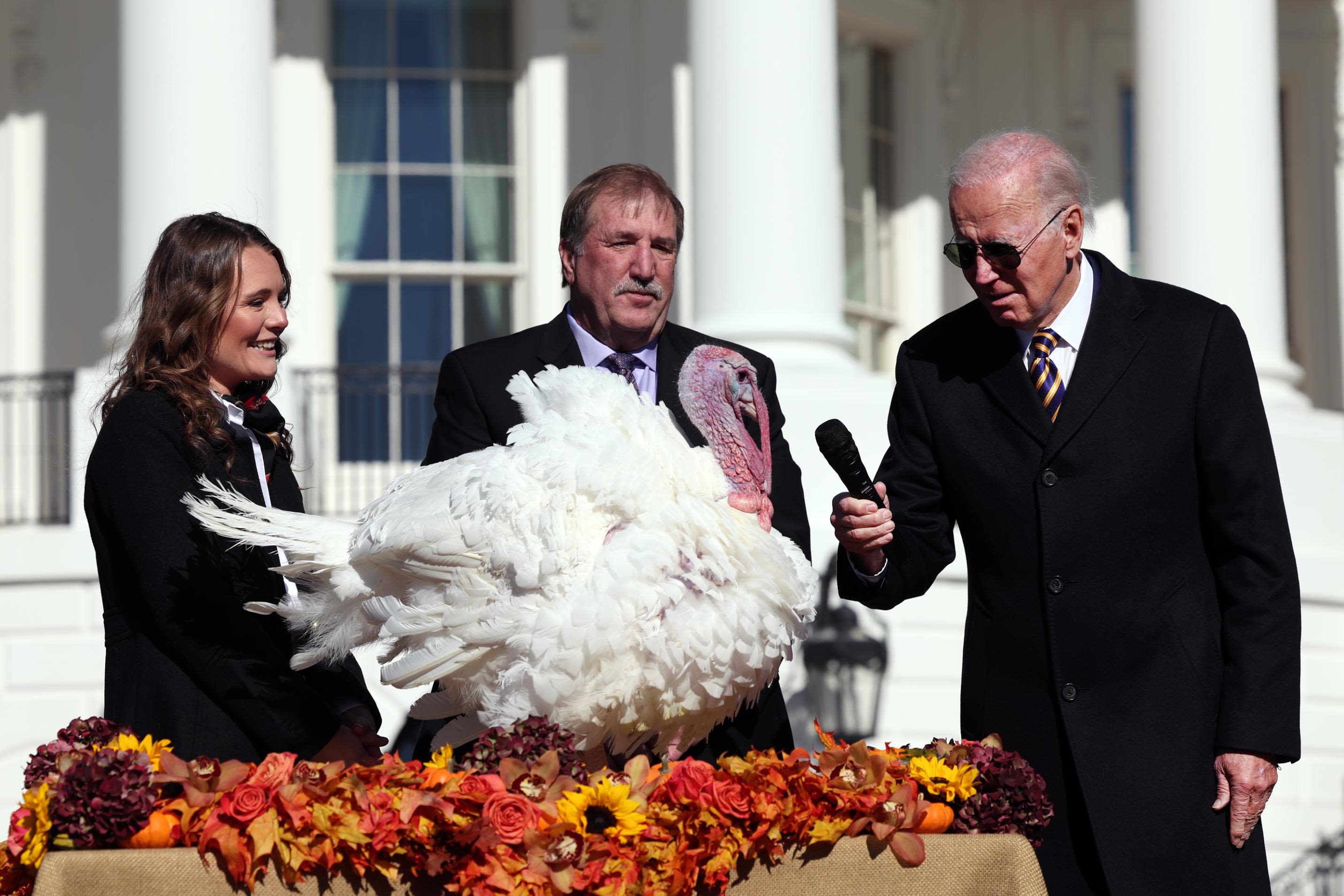 Enjoy the time with your loved ones.

If anything *really* goes wrong, we'll cover it.