The Trump administration has told companies not to warn customers about products that contain glyphosate, a decision targeted at a California regulation that requires labels to warn consumers that the Roundup ingredient is potentially cancer-causing.

The U.S. Environmental Protection Agency says it will no longer approve labels warning glyphosate is known to cause cancer. The chemical, marketed as a weed killer by Monsanto under the brand Roundup, is currently the focus of lawsuits from thousands of consumers alleging it caused their cancers.

Such labels are "irresponsible," EPA Administrator Andrew Wheeler said in a statement. He cited the EPA's conclusions that the chemical doesn't.

The decision from the EPA highlights the growing debate over the safety of glyphosate, with scientific research often reaching contradictory conclusions. The World Health Organization's cancer agency has said that the chemical is "possibly carcinogenic to humans," yet on the other side of the debate are studies that refute reports of glyphosate's risks, such as a long-term study of agricultural workers that didn't find a link between Roundup and cancer.

"It is critical that federal regulatory agencies like EPA relay to consumers accurate, scientific based information about risks that pesticides may pose to them," Wheeler said in the statement. "EPA's notification to glyphosate registrants is an important step to ensuring the information shared with the public on a federal pesticide label is correct and not misleading."


California wants to warn consumers about the risks of glyphosphate, and the Trump regime is specifically not letting them do so, to the point of ordering companies not to comply.

Because corporate profits are more important than dead people.

Rowan Jacobsen argues that the beef industry as we know it won't be around much longer as technology gets better, and that America is going to get used to "alt burgers" pretty quickly as climate change makes ranching increasingly expensive.

There’s a famous Gandhi aphorism about how movements progress: “First they ignore you, then they laugh at you, then they fight you, then you win.” That was actually written by the Workshop on Nonviolence Institute as a summary of Gandhi’s philosophy, but regardless, it’s remarkable how often it accurately describes the evolution of causes, from legal cannabis to gay marriage. I’ve been thinking about that quote since I wrote my first piece about plant-based meat (or alt meat, as I like to call it) for Outside in 2014. Back then, we were firmly in the “laugh at you” stage. Beyond Meat, the first of the Silicon Valley startups to use advanced technology to produce extremely meat-like burgers, had been ignored for its first few years, but in 2014, it released its Beast Burger, which was treated by the press and public as a slightly off-putting curiosity. What was this stuff? Would anyone actually eat it? Ewwww.

That product wasn’t very good—I compared it to Salisbury steak—and when Ethan Brown, Beyond Meat’s founder, announced his intention to end livestock production, you could almost hear the National Cattlemen’s Beef Association laughing in the background.

But I didn’t laugh. I knew it would keep getting better and beef wouldn’t. And I thought the bar was pretty low. Sure, steak is great, but ground beef makes up 60 percent of beef sales, and most of it is more Salisbury than salutary, a greasy vehicle for the yummy stuff: ketchup, mushrooms, pickles, bacon, sriracha mayo. I knew I wouldn’t object if my central puck came from a plant, as long as it chewed right and tasted right. I suspected others might feel the same.

In the following years, Beyond Meat was joined by Impossible Foods, a more sophisticated startup with even more venture capital. Its Impossible Burger was way better than Salisbury steak. All the cool cats started serving it, from David Chang in New York to Traci Des Jardins in San Francisco. My conviction grew.

Part of the appeal of the new burgers is their smaller environmental footprint. Beef is the most wasteful food on the planet. Cows are not optimized to make meat; they’re optimized to be cows. It takes 36,000 calories of feed to produce 1,000 calories of beef. In the process, it uses more than 430 gallons of water and 1,500 square feet of land, and it generates nearly ten kilograms of greenhouse-gas emissions. In comparison, an Impossible Burger uses 87 percent less water, 96 percent less land, and produces 89 percent fewer greenhouse-gas emissions. Beyond Meat’s footprint is similarly svelte.

Yes, a good argument can be made that small-farm, grass-fed beef production (in places that can grow abundant grass) has a very different ethical and environmental landscape, but unfortunately, that’s just not a significant factor. America gets 97 percent of its beef from feedlots. And feedlots are irredeemable.


Now there's a very good chance that the rancher industry will be able to regulate meat alternatives out of the marketplace for another ten years or so, but by then ground beef will be priced out of 90% of American households.   It's going to be a swift change when it happens, however, like "same-sex marriage is legal now" fast. 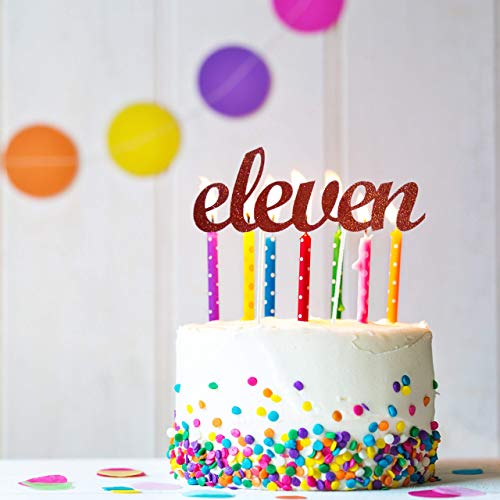 I never thought I'd be doing this for one year, let alone eleven, but here I am.

And of course here you are, dear readers, as I wouldn't be here without you.

Thanks for sticking around.
Posted by Zandar Permalink 12:00:00 PM No comments:

The Trump Regime's Race To The Bottom, Con't


The State Department has placed one of its employees on leave following a Wednesday expose from the Southern Poverty Law Center linking the man with white nationalist beliefs, according to reports from Politico and NBC News.

The employee, Matthew Q. Gebert, worked as a foreign affairs officer for the department’s Bureau of Energy Resources.

A State Department spokesperson did not immediately return a request for comment, and HuffPost was unable to reach Gebert.

The SPLC, which runs a blog monitoring extremism, outlined copious evidence tying Gebert to the white nationalist movement. He reportedly espoused alarming beliefs about his desire to see a white ethnostate in a May 2018 episode of “The Fatherland,” a white nationalist podcast.

“[Whites] need a country of our own with nukes, and we will retake this thing lickety split,” Gebert said under a pseudonym, Coach Finstock, the SPLC blog Hatewatch reported. “That’s all that we need. We need a country founded for white people with a nuclear deterrent. And you watch how the world trembles.”

Gebert, as Coach Finstock, also said he was prepared to lose his job over his beliefs because “this is the most important thing to me in my life” next to his family.

On another podcast in early 2018, Hatewatch reported, Gebert explicitly says that he considers himself a white nationalist, speaking under his alleged pseudonym.

According to Hatewatch, Gebert also led a Washington, D.C., chapter of The Right Stuff, a group founded by white nationalist blogger Mike Enoch. Sources told the blog that they had witnessed gatherings at Gebert’s northern Virginia home that included Enoch and another prominent white nationalist, the host of a podcast called “Fash the Nation.”

Gebert began working at the State Department in 2013, according to a note in the George Washington University alumni magazine.

Hatewatch reported that Gebert’s radicalization began around 2015, citing a blog post made under the pseudonym.
Gebert’s wife, Anna Vuckovic, was also linked to white nationalism by four sources who spoke to Hatewatch.

A Twitter account linked to her suspected pseudonym, “Wolfie James,” featured this post in 2017: “Still justifying that you live in a neighborhood bc it’s ‘safe’ or there are ‘good schools’? Admit it: you want to live near #WhitePeople.”


So about the same time Donald Trump started to become a serious contender for the Republican nomination, this guy turned into a white supremacist terrorist who wanted a separate white country with nuclear weapons.  Again, openly a white supremacist for years, somehow he survived the big 2017 State Department purge of non-Trump loyalists under Rex Tillerson, featured on white supremacist podcasts, hosted them in his home.